Music: Not Really My Thing 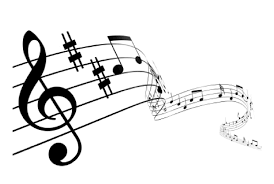 Some of my co-workers were having a discussion recently about Freddie Mercury. I don’t recall the conversation entirely, but at one point, they asked my opinion. I had to tell them honestly that I didn’t know who he was. I recognized the name, but I honestly didn’t know what role he played in music. When they said he was the lead singer of Queen, I said, “Oh, okay. Queen I know…” I’m familiar with probably only one of their songs: the one that was made famous again thanks to the movie Wayne’s World.

Some years ago, I made a Livejournal post which included what music I was listening to at the time. I don’t even remember what song it was now, but it was a remixed cover of a Beatles song used in one of the Shrek movies. And a friend of mine lambasted me for it because it was a cover. At the time, I didn’t even know it was the Beatles that did the original song. (Update: I now remember that it was “I’m a Believer,” a Monkeys song, not Beatles, remixed by Smash Mouth. This further strengthens my entire point about not knowing anything about music.)

My point is: I know almost nothing about music. Let me explain. 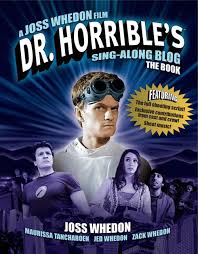 See, it’s not that I don’t enjoy music. I do. I like a lot of rock and roll, like Bryan Adams (the only musical performer I’ve seen live – twice), AC/DC, etc. I like jazz music, like Sinatra and others. I have a great appreciation for many classical music; my favourite probably being Ride of the Valkyries because that’s fun to blast while playing, say, a Grand Theft Auto game and just driving around the city in a tank. I also greatly enjoy a couple of musicals, such as Rent or Joss Whedon’s musicals like the Buffy the Vampire episode or Dr. Horrible. I also enjoy a great deal of instrumental scores from various movies, video games, and TV shows like Final Fantasy or Doctor Who. Or even songs from Disney movies. Or wrestling entrance music (which sometimes include names like Motorhead). Or some music from the 80s. Or Weird Al.

So to say that I don’t like music would be a bold faced lie. However, if a random song plays on the radio and someone asked me the name of the artist? They’d likely get a blank stare in return. I’d recognize the song and maybe even know some of the lyrics, such as the chorus, but I wouldn’t have a clue who sang it sometimes. Going back to the Beatles, I’ve only realized in the last few years that a number of their songs that I knew and knew well were by them. What’s strange is that whenever I try to discuss this with someone, they’re always surprised. Why? Should I react the same way when someone tells me they don’t know the name Jack Kirby? Because to me, his name should be just as much as household name as Michael Jackson or Paul McCarthy. After all, he only co-created the Marvel universe and designed the visual aesthetics for characters like The Hulk, Captain America, Fantastic Four, Silver Surfer, Thor, The X-Men, etc. And yet Stan Lee is the household name? THAT bothers me just as much. But that’s an article for another time.

Actually, staying on topic with comics, that’s actually part of my point: I am vehemently not an audio learner. If someone tells me to do something auditorally, there is a very, very good chance that I’ll forget it unless I do it immediately or write it down. Poetry has never been my thing, especially just listening to it. I’ve had friends say to me, “Oh! Listen to this song! But listen especially to this part!” and then ask me what I thought, only to get a blank stare in return. So it’s not music specifically, but almost anything audio in general.

I’ve realized as I’ve gone through my undergrad degree and other education that it needs to be visual and hands-on for me. This is likely part of the reason I enjoy comic books so much. There’s a great visual appeal to reading them. It’s also likely why, unless they’re especially iconic, it takes me several repeat viewings of movies to remember any particular lines.

Remember the examples of music mentioned at the beginning? Nearly all of it originated first from associating the music with something visual. AC/DC, for example, I started listening to as a result of hearing “Highway to Hell” during WWF’s promoting of Summerslam 1998, and then picking up a few other songs I’d heard from other sources. The instrumental music speaks for itself, as it’s automatically associated with something visual. Sinatra I started listening to after seeing some of his music used in the Mel Gibson movie, What Women Want. Bryan Adams? When I saw Robin Hood: Prince of Thieves  in junior high and “Everything I Do” was heavily featured in its promotion. I started listening to The Beatles more after hearing “Eight Days a Week” on an episode of Scrubs. Hell, I didn’t know until many years later that “With a Little Help from My Friends” – which was the theme song for The Wonder Years show – was by The Beatles. The only one of theirs I knew for years was Yellow Submarine, and that’s only because of the animated movie of the same name.

So it’s not that I don’t like music, but for me to like it, I need to first associate the music with something visual first. Right now, I’m listening to the score from the Lord of the Rings movies because ThatGuyWiththeGlasses did a video about the movies recently, so the music has been stuck in my head. Thanks to soundtracks (using songs, not an original score), my musical tastes have gradually grown. It does, however, explain why I’ve never been a fan of concerts, since I can’t just enjoy the music on its own.

Still, is this odd? Is this something anyone else has heard of or can relate with? I feel like an odd duckling with my taste in music coming about from this.

Writer and creator of the Armadillo Mysteries, I've had a passion for the creative arts all his life. I'm an avid comic book fan, a DDP yoga practitioner , and urban cyclist.
View all posts by Nick C. Piers →
This entry was posted in Essays. Bookmark the permalink.

2 Responses to Music: Not Really My Thing