Why I’m Tired of Star Wars

Star Wars news in the last year has been primarily about two things: Disney bought the franchise rights from LucasFilm, and a new series of movies. We’re not just getting a new trilogy in Episodes VII, VIII, and IX, though. Disney also announced the strong possibility of solo (no pun intended) movies for certain characters.

Fans are rightfully excited at the prospect, even if many were disappointed by the hit-and-miss prequels.

Personally? I can’t even call myself a fan of Star Wars anymore. Oddly, it actually has little do with the products LucasFilm. Let me explain.

Being 35 years old, it’s safe to say that I grew up on the original trilogy like most people around my age. I was a child of the 80s, growing up in the biggest push for commercialization through cartoons, like the glorified toy commercials like Transformers, G.I. Joe, and He-Man (the latter of which I owned just about every toy possible). I’m old enough to say that I saw Return of the Jedi in theaters when I was four years old. I’ve owned lightsabers. I’ve quoted the movie and laughed with friends who quoted it. I’ve seen the prequels in theaters. To be honest, I actually sort of enjoyed them. Are they as great or groundbreaking as the originals? Definitely not, but they’re still entertaining.

So why can’t I call myself a Star Wars fan anymore?

The parodies. The references.

No matter where I turn, someone is referencing or quoting Star Wars. Entire conversations are in movies and television shows. Entire episodes – especially Big Bang theory – are dedicated to referencing Star Wars. On the internet, nearly every quote, every moment in Star Wars has become a meme in some way or another. Look, I love  the movies, but good lord, there are other movies we can talk about, quote, and reference. I don’t think a single scene in the original trilogy – and most of the prequels – hasn’t been discussed. I don’t even have to watch movies anymore. Thanks to the constant references, quotes, and memes, I know them beat-for-beat, line-for-line.

And then there are the parodies.

When I grew up, there was really only one, definitive Star Wars parody: Space 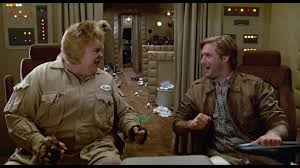 Balls. We giggled while lightsabers were compared with penises. We laughed at Yogurt breaking the fourth wall, mentioning that he’d appear in the sequel that never came. The “Death Star” turning into a giant robot cleaning lady was hilarious. It was the king of nerdy parodies for a long time.

But then, over the years, more parodies popped up. Family Guy not only had the usual cutaway jokes, but then three movies parodying the entire plot of each of the original movies. Robot Chicken has done two short movie length productions with dozens of jokes. The movie Fanboys had a group of teenagers racing to see The Phantom Menace before their friend passed away, all the while throwing every possible Star Wars reference into it. 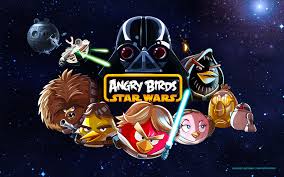 Fanboys, admittedly, was a fun little movie and I won’t deny that I laughed at many of the scenes from Family Guy and especially Robot Chicken. But between the professionally done parodies and the scores of parodies on YouTube and various internet memes, I don’t think there’s a single scene from the original trilogy that hasn’t been parodied in some way, shape, or form. Even the mother of all merchandising, Angry Birds, came out with a Star Wars themed game. The upcoming Kingdom Hearts 3 is rumoured to possibly feature Star Wars characters.

My problem isn’t that there’s a new series of movies coming out. It’s that Star Wars never seems to go away. Everything about it has been discussed, joked, and parodied to the point that whenever someone uses a Star Wars reference now, I just roll my eyes at it. No other pop culture icon has been this deconstructed to the point that every single scene has been parodied or referenced.

I wish I could be excited for “new” Star Wars, but given the recent Star Trek movies (which felt more like J.J.Abrams showcasing he could do Star Wars more than Trek), I have a feeling a lot of the movie will rehash old stuff, include plenty of winking nods, and romanticizing the original trilogy. I fear they’ll be similar to Abrams’ recent Star Trek movies: little substance of their own and heavily reliance on blatant fan service and cute nods.

On top of the parodies, Star Wars in general just never seems to go away. The video games, the books, the comics, the cartoons. George Lucas shamelessly merchandises everything Star Wars to the point that even background characters in the original films have their own books (that might be an exaggeration, but I don’t know).  We’re constantly being reminded of it no matter where we turn. And I’m just tired of it.

We’ve had enough romanticizing of the original trilogy. It’s to the point that I haven’t even bothered to watch any of the movies in at least a decade because I’m so tired of everyone and their dog parodying or  referencing it.

If anyone asks me if I’m a fan of Star Wars anymore, I just have one thing to say to them:

And yes, I’m aware of the irony of using that clip to cement my argument.

Writer and creator of the Armadillo Mysteries, I've had a passion for the creative arts all his life. I'm an avid comic book fan, a DDP yoga practitioner , and urban cyclist.
View all posts by Nick C. Piers →
This entry was posted in Essays, Movies and tagged family guy, george lucas, robot chicken, star wars. Bookmark the permalink.

2 Responses to Why I’m Tired of Star Wars