What WWE is Missing: In Defence of the PG Era 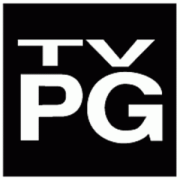 It’s likely a bad idea to read YouTube or wrestling news comments, but like a train wreck, it’s impossible to look away. The most common gripe against WWE is they need to stop being a PG-rated product. “They need to go back to the Attitude Era!” they’d say. “WWE sucks now!” I’d read.

I couldn’t disagree more. While the WWE certainly has a lot of problems these days, their switch to PG is not one of those problems.

And back then, it wasn’t unheard of to consider. You had these giant, bombastic, entertaining characters wearing bright-coloured outfits akin to comic book superheroes. Which is probably one of the reasons I love wrestling so much.

So yes, wrestling very much catered to the younger fan back then. And business was very good. As that audience grew up, though, the product became more mature. Well, I use the term “mature” lightly. The Attitude Era introduced more violence, swearing, alcohol and drug use, nudity, and everything else you’d expect. Was I entertained by it? At the time, absolutely. But I was disappointed that women’s wrestling was relegated to simply T&A with jello pudding matches. It got better in the early 2000s, with Trish Straus proving that women’s wrestling can be about actual wrestling. I was disappointed when there were 20-minute in-ring promos that took time away from wrestling matches.

Most of all, though, I grew tired of WWE constantly trying to push the envelope. Pushing the envelope of “entertainment’ is what got Owen Hart killed. Pushing the envelope for violence is why so many wrestlers from that era are dying just as quickly as the guys from the 80s. It became less about entertaining the fans and more about pushing the envelope to get news coverage on the controversy. This led to things like a tag team having a gay marriage, which was fine at first. It even had organizations like GLAAD openly supporting WWE…until the actual wedding, where both guys admitted to not being gay and the whole thing was thrown out. Or how about the infamous Katie Vick angle, which included Triple H – dressed as Kane – pretending to screw a corpse in a funeral parlour whereupon he threw some goo at the wall and said, “Looks like I just f*%#&ed your brains out.” Or how about when Eddie Guerrero dropped poop on Big Show:

I realized there was a problem early in. I can’t find the clip, but one time Sable came out. Normally, most fans are excited to get a hand slap from a wrestler coming down the aisle. One kid got said hand slap…then reached out to try grabbing Sable’s admittedly well-endowed breasts. That’s just not cool. That’s not the kind of behaviour I want to see when I watch wrestling.

But fans who want the PG era gone seem to forget the things like Katie Vick or the Girls Gone Wild PPV or Road Warrior Hawk’s televised suicide attempt (the storyline one before his real death). I won’t link that one. You can search for it.

It must also be understood that, because of this “mature” content, advertisers were leaving WWE in droves. For a public company with stock holders, this was a pretty bad sign. Something had to be done.

The other thing is that, honestly, wrestling doesn’t NEED this so-called “mature” content to stay entertaining. They did it during the Hogan era and they’re doing it again now. They’re still able to put on great matches. You don’t need swearing, nudity, and alcohol to write a story where two guys want to fight. Comic books have done that for decades.

The argument against the PG era reminds me of Junior High, when everyone in English class realized they could add swearing, nudity, and violence to their stories. Just because you can add it to the story, it doesn’t automatically make the story better.

Personally, my favourite wrestling moment was at a house show a few years ago. Batista had just won the main event and was celebrating. Nearby, a young boy was also celebrating, mimicking Batista’s fist-pumping squat and dance…thing. Whatever you call it. I looked to my friend, smiling, and said, “I think the business will be just fine.”

As for what WWE is missing that doesn’t involve the PG era? I’ll leave that for next Monday.

Writer and creator of the Armadillo Mysteries, I've had a passion for the creative arts all his life. I'm an avid comic book fan, a DDP yoga practitioner , and urban cyclist.
View all posts by Nick C. Piers →
This entry was posted in Essays, Wrestling. Bookmark the permalink.